On: July 23, 2014 By: freethelake Posted in What's Going on at Khao Sok Lake?
Comments: 0
The day dawned like any other but this was a day of significant importance for our seven trainees. After 2 months it all came down to this. The final exam would test them on all the major natural history disciplines that they have learnt over the past weeks – national park history, geology, plants, invertebrates, amphibians, fish, reptiles, birds and mammals. With a potential career at stake would the pressure prove to be too much? 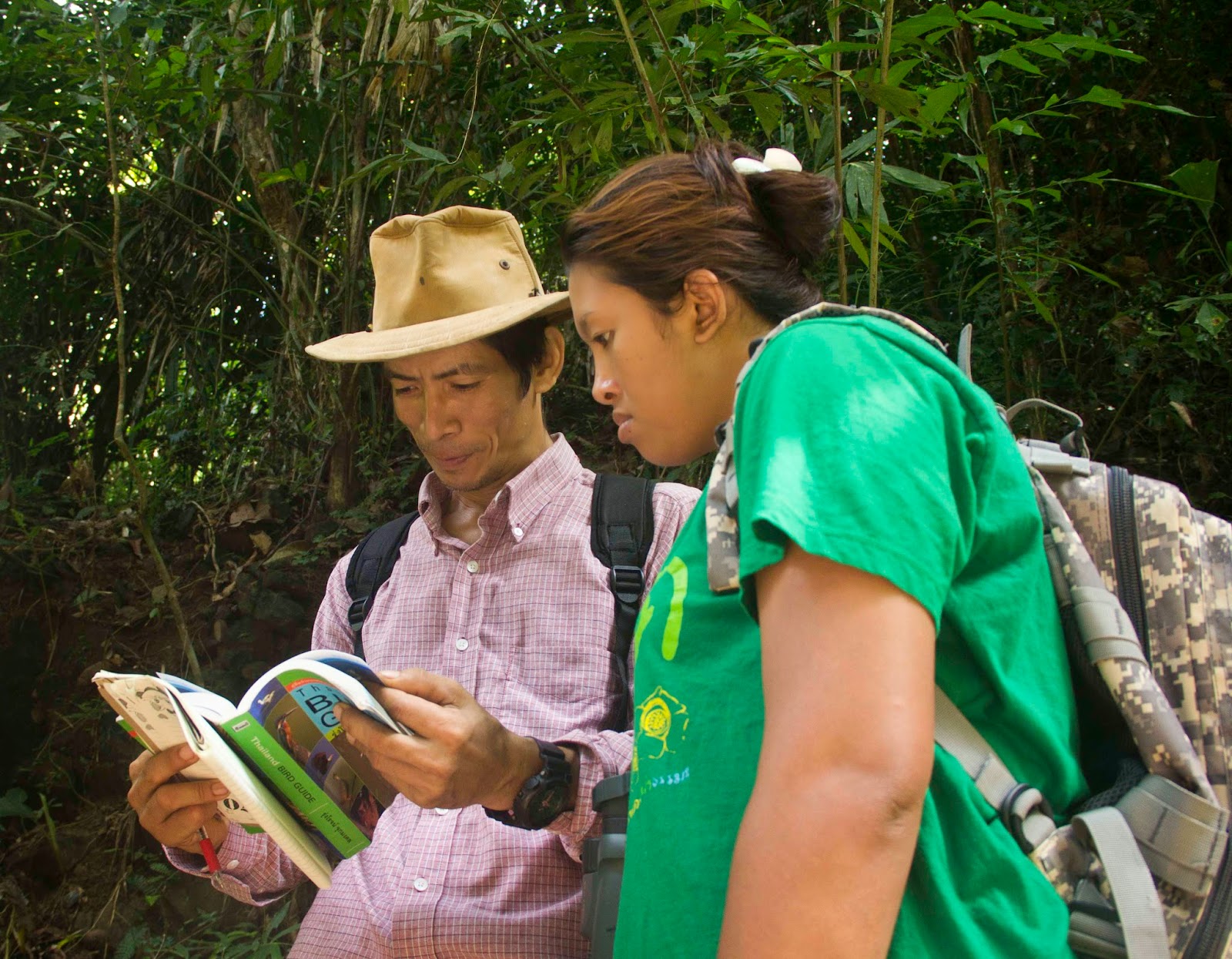 In addition to the exam they would all receive a score for their English language ability, as well as one based on my observations of their guiding skills demonstrated during the past month. Due to many lacking the ability to write in English it was decided that the final exam take on the format of a verbal one, whereby the trainees sat face-to-face with me, were shown pictures of plants and animals, and could then give their answers to me without having to write anything down. One could argue that this would only add to the intensity of the situation but at the same time this being by far the fairest means of testing them.
On the day itself it was very noticeable how nervous they all were. This was encouraging to see, as it demonstrated how much they cared about the whole process, and it also reassured me that it was more than likely that a good amount of study had gone in prior to this. This turned out to be the case. I hoped they would do well but even though my expectations were quite high, the entire group still managed to surpass these. Everyone excelled, including a very likeable individual who throughout the course has lagged behind the others somewhat. Everybody scored over 60%, with six of the seven scoring over 75%. This was not an easy course, especially for a group of people who had limited English language skills, and little or no guiding experience. To achieve the scores they did is an achievement for which all of them can feel justly proud. I for one am very proud of them.
However this is certainly not the end. All of them are still someway off from attaining the kind of level that I would like them to achieve. For this to be accomplished further training will be needed at some time in the near future. But for now they will have to utilise their skills as best they can because it looks likely that seven new guiding careers have been launched This is in no small part thanks to the support of Bodhi Garrett, Dick Sandler, Austin Lovell, and all of the good people at Khiri Travel. These people have supported this training course financially but most importantly have also given the promise of employment opportunities to all of the trainees that passed this course. For ventures like this to have any hope of a future this needs to be achieved, and so for all of our trainees to be presented with this opportunity from the outset of their guiding careers a huge debt of gratitude needs to be paid to the aforementioned people. Thank you guys! I just hope that all of our new recruits grasp this opportunity with both hands and do themselves proud. Good luck to all of them!