The village of Ban Ta Khun

On: June 26, 2014 By: freethelake Posted in What's Going on at Khao Sok Lake?
Comments: 0
Ban Ta Khun a village with history
In the last centuries known as Ban Pruka the village had always been well traveled by merchants and traders on the “Phum Duang” river. The people of Ban Pruka lived a fulfilled live, living from the surrounding jungle, agriculture of fruits and rice as well as from fish farming in the close river. Merchants buying and selling in the village came as far as from China on Floating House Boats. 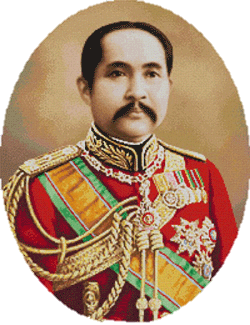 In 1906, King Rhama V came to pay an undercover visit to the village, he used to travel around his empire without letting anyone know about his heritage in order to find out about the real intentions and needs of his people. It happened that he spent the night at Rueng´s house a well-accepted villager, the King promised him to become the mayor of the developing village. As the new mayor, the village were renamed Ban Ta Khun(Ban=House, Ta=old man, Khun= for “Khun Palad Rueng the mayor”).
The village became quickly a city and further more developed through the Cheow Lan Project , the building of Ratchabrapha Dam (meaning the light of the Kingdom). Before they build the dam, people used to go swimming in the river, now you barely see anyone taking a bath, the local myth states that with the Dam came a ghost “Pi Prai” who drowned people in the unpredictable torrents caused by the unpredictable water release of the dam

About 7 years ago the enlargement of the 401 highway, connecting Surat Thani and Phuket were completed and increased the bypassing traffic and the accessibility to Khao Sok Lake substantially. The planning for the coming years promises Ban Ta Khun a train station on the track between Phuket and Surat Thani.
In 2013 Ban Ta Khun had over 15086 inhabitants from which most are Buddhist or a form of Hindu. Ta Khun used to be known for their excellent quality of Turmeric and Papaya fruit which still can be found on the local evening market in the middle of town. Even though a lot of Fruit orchards have been abandoned or been recultivated to rubber and palm plantations which also determines the mayor income of the region.
Things to do in Ban Ta Khun